Today, I paid a visit to Tsukinokatsura, a very well-known Sake producer for the Nigori and Vintage (Koshu) Sake. This was a very natural and logical visit for me as my company already exports these Sake brands to Singapore and we aim to export them to the rest of the world as well. 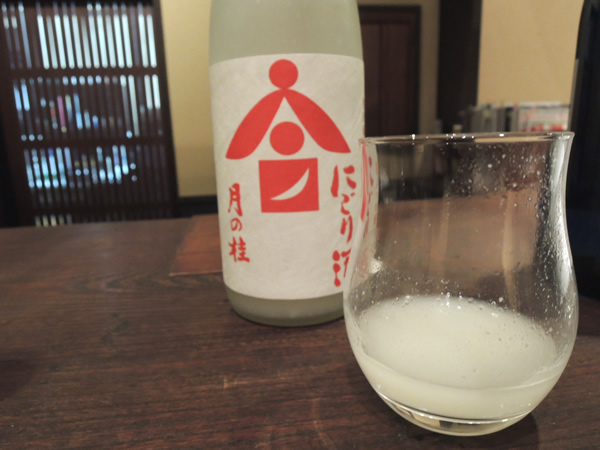 Fushimi in Kyoto Prefecture has been a renowned sake-brewing area since before the Edo period (1603–1867). The Fushimi brewery with the longest history is Masuda Tokubee Shoten Co., dating all the way back to 1675. It is best known for brewing Tsukino Katsura, the first ever nigorizake in Japan. Nigorizake is white, cloudy sake that has a fizz, fruity aroma and crisp acidity similar to that of sparkling wine.

The brewery’s sakes are currently exported to around twenty different countries and regions, and are sold by the likes of specialist sake stores in the United States, Germany and Switzerland and high-end hotel and bars in France. They are also served in top restaurants in New York.

Located just half an hour by train from the center of Kyoto, the brewery attracts a great many tourists from all over the world, eager to come and look round the brewery and sample its products.

Upon arrival, I met up with the company president, Masuda Tokubee-San who as always, was a gracious host. 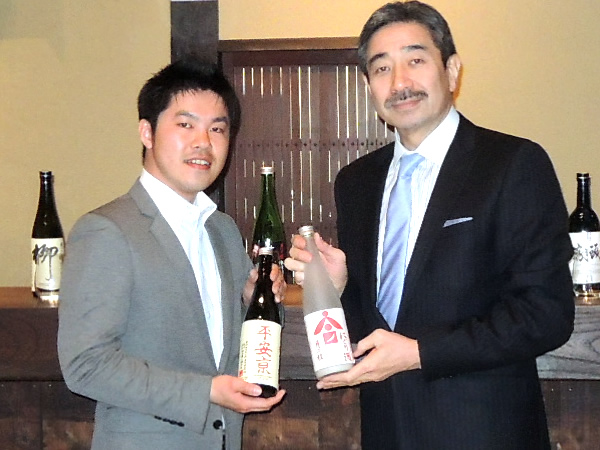 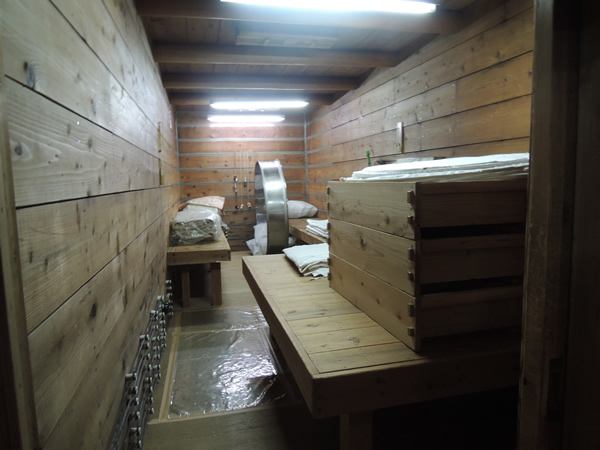 Apart from having your typical modern and annual supply of Sake, Tsukinokatsura also holds a large supply of “vintage” and aged Sake. I took the liberty of photographing this for you all. The picture below shows vintage and aged Sake of different ages – most of these are between 10-15 years old. Some of them however, are almost 50 years old! With Sake, the same thing can be true as with Wine. Some years produce incredibly good Sake, and some brands of Sake of course also get better with age. 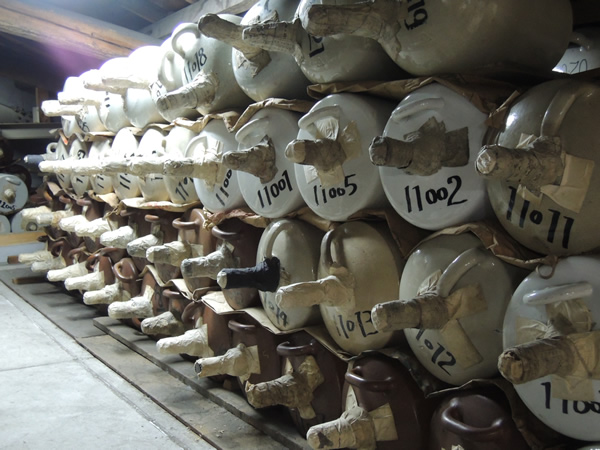 The collection of aged Sake.

I was also shown around the brewery and company premises by Masuda-San himself, who was happy to show me the mix of modern and traditional that make the Sake from Tsukinokatsura such a popular brand, and one of the things that make our clients from Singapore enjoy it to the degree that they do. The Sake industry in Japan is truly a booming industry, full of changes and Tsukinokatsura is and continues to be at the head of the development. 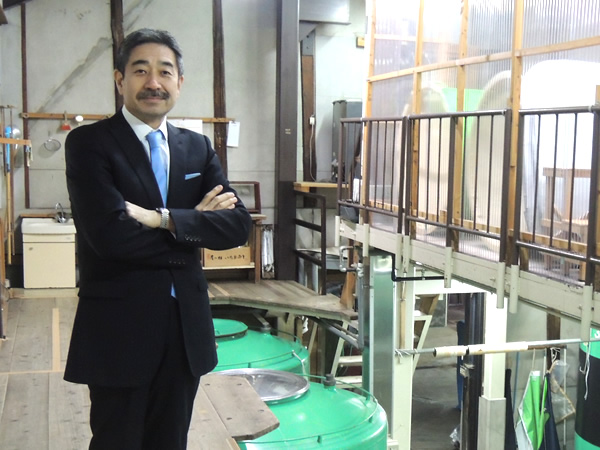 In January 2012, the brewery launched Kasegi Gashira, its first ever product aimed at the overseas market. Kasegi Gashira is a light, fruity sake, completely unlike the convential image of sake with a reduced alcohol content of 8%. 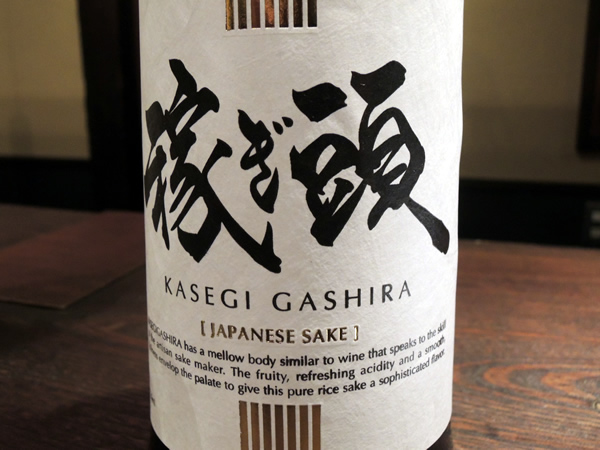 Of course, as with any Kura visit, part of the visit was dedicated to Sake testing. I got a chance to sample some of the brands that I sell as well as a number of others that are made in the Kura. I am pleased to say that Masuda-San truly know what his is about. It is an honor for me to have their Sake and their different brands and vintages of Sake in my selection that is offered to my clients.

Sake tasting in the Kura 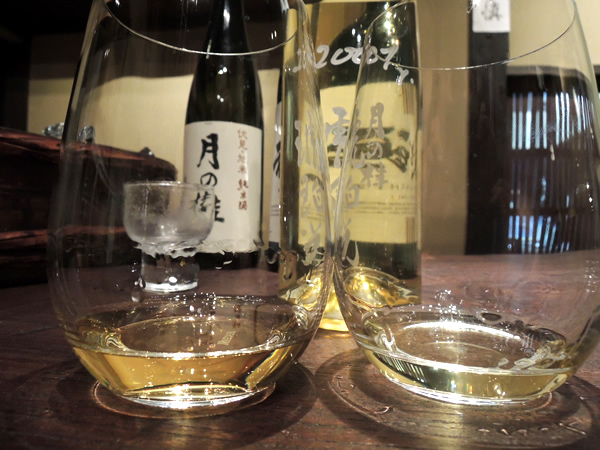 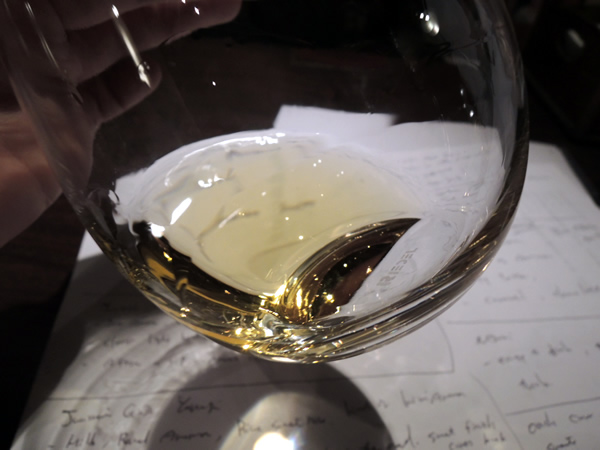 Usually, the Sake is clean but vintage sake gets golden color and aroma.