After my visit to the Shimane prefecture, Yoshida-san from Gassan gave me a ride to the Saga prefecture in the southern portion of Japan. 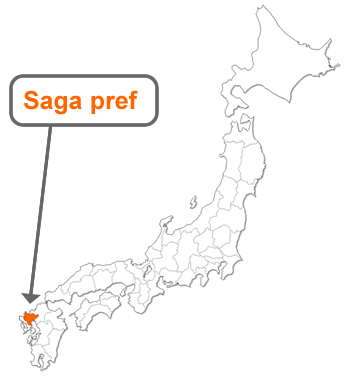 Naturally, the purpose of this trip was to visit the on-site Sake breweries.

During this visit, we took a tour of Tenzan Shuzo, known as Shichida. Shichida is actually the family name of the Kuramoto (the owner of the brewery). Shichida-san and Yoshida-san are very close friends and I see them together at Sake-based events and presentations very often.

Shichida-san’s “Junmai shu” is a personal favorite of mine – it expresses a very fruity, ripe melon-like aroma with full-bodied, pleasant character. I was very interested in visiting this Kura, them being the makers of one of my favorite types of Sake.

This is the view of Tenzan Shuzo. The Kura is located near a beautiful range of mountains and a river. As you know, location is one of the more crucial considerations when brewing Sake, due to the importance of high-quality water. 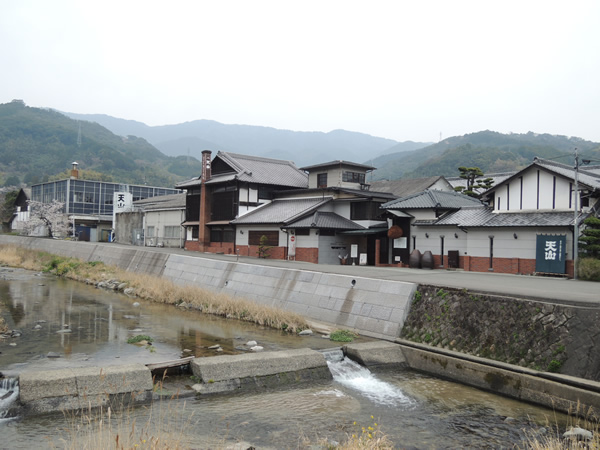 In its completed and bottled form, Sake is roughly 80% pure water. There is a massive amount of water used in the brewing of Sake, not just in the product but in cleaning, steaming, washing, mashing and lastly – thinning the final product. Water, therefore, is absolute key.

The first thing I saw when entering the Kura was the sheer number of certificates that the brewery has won – both inside and outside of Japan. It speaks to the quality of their Sake as well as their brewing process. 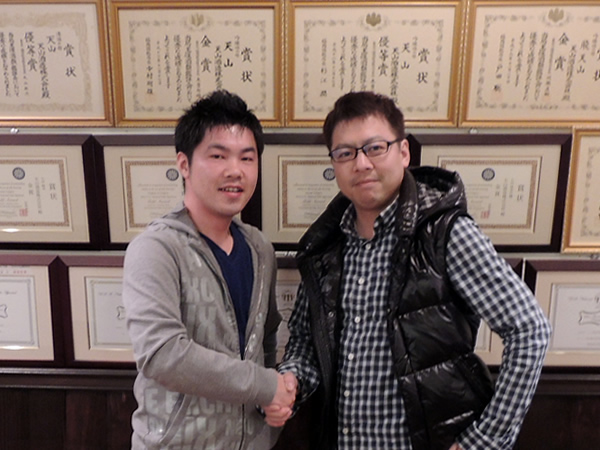 There’s an interesting area in the Kura called “Kensuky’s Sake bar” – Kensuke being Schichida-san’s first name. It offers visitors a free taste of the brewery’s Sake, which I think is a little unique – and great idea. 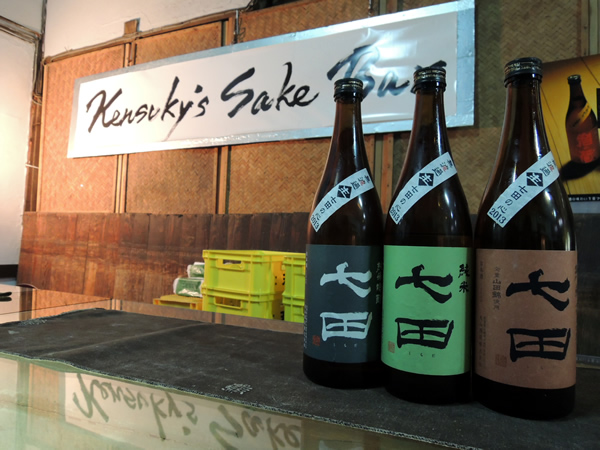 Shichida-san then gave us the tour of the brewery. The first thing he showed us was the temperature control system of the fermentation tanks. As you can see, it looks very advanced, but it’s actually an in-house construction by one of the kurabito (brewery worker) who used to be an engineer before, and he assembled it from the ground up. For Sake brewers to order a system like this from an engineering company would cost a fortune. 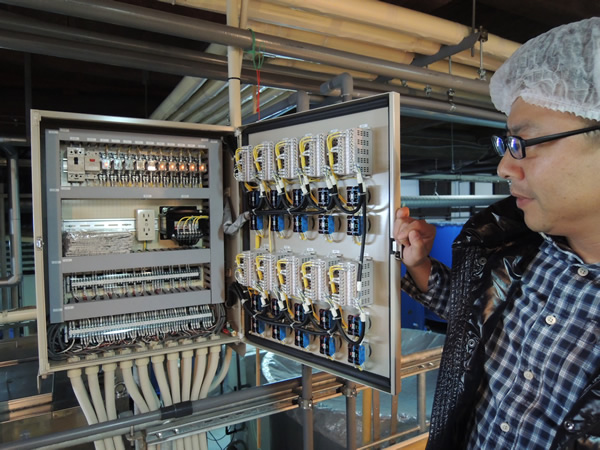 In controlling the temperature of the fermentation process, they have full control over just how they brew their Sake. In the past, I believe it must have been difficult to brew qualitative Sake because of the way the atmosphere controls the brewing process. Nowadays, brewers are much more able to use modern technology to help out. The Sake that you drink today is vastly different in quality than the Sake say, 100 years ago. 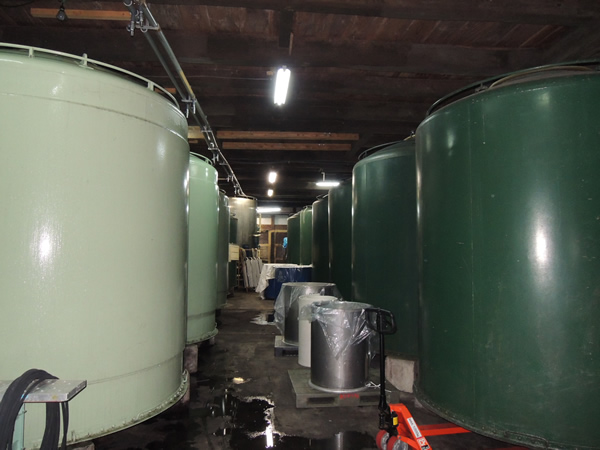 The amount of tanks in the Kura is tell-tale of the size of their operation. The fact that the ceiling is wood however means that the building is very old, as today’s breweries are built from concrete. 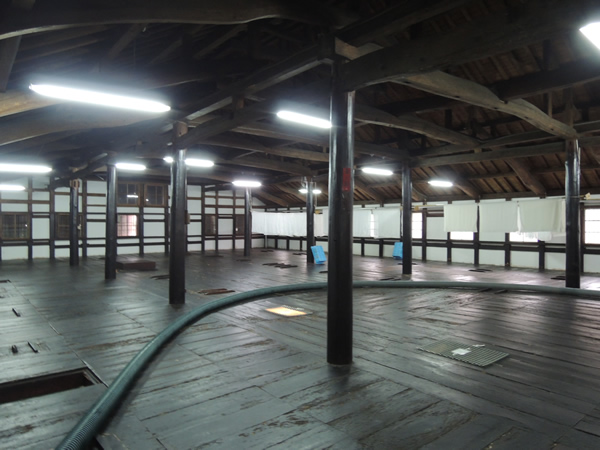 We went up to the second floor – this is above the tank area where the workers can check inside the tanks to make sure everything is going well. The entire operation is very well laid-out in order to allow the workers to do their tasks efficiently. 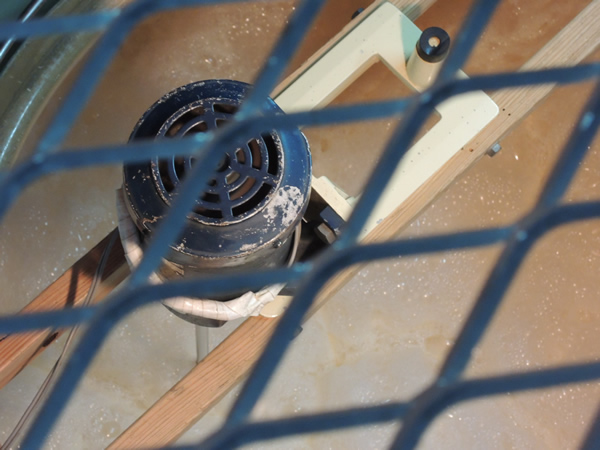 From up above, you can see fermentation going on in the tank. A lot of bubbles keep rising and the aroma is very pleasant.

Shichida-san showed us the yeast starter next – the “Shubo” or “Moto”, as it is called in Japanese. The ancient wording of the brewing process for Sake is simple. First comes the Koji, then the Moto (yeast starter) and thirdly the fermentation. 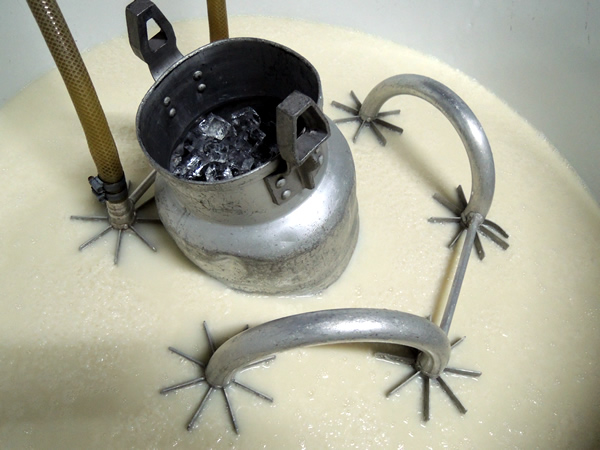 Usually it takes about two weeks to make the yeast starter, during which time a huge amount of yeast cells are created in the tank. An important point of this stage is to keep the yeast at a low temperature – which is the reason you see ice. It’s an old technique, but still available in many breweries today.

Of course, I was also allowed to taste the fresh sake out of the filter.

Freshly brewed sake in my hand! 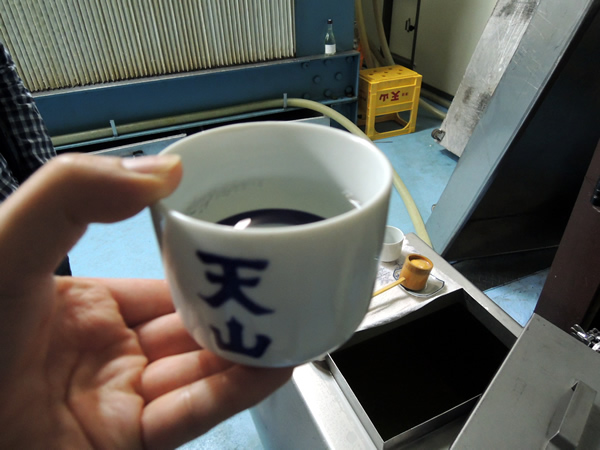 After getting to know the different stages and the brewing process in its entirety, Sake itself is much more precious. The brewers have been producing their Sake for generations, and their still keep their traditions alive – a very interesting fact about Sake brewing culture.

Here you can see wooden brewing tanks still on display. These days, brewing tanks are of course made out of metal (for the most part), but back in the day, this is what Sake used to be brewed in. 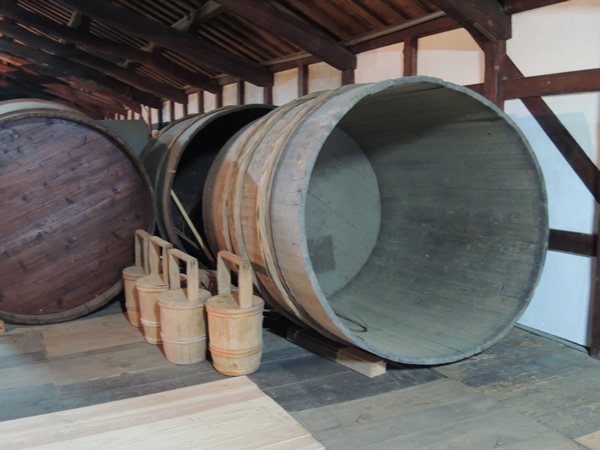 It is rare to see them these days – a little bit of Sake culture.

Shichida-san took us to a local restaurant near the Kura where we enjoyed his delicious Sake with local foods. 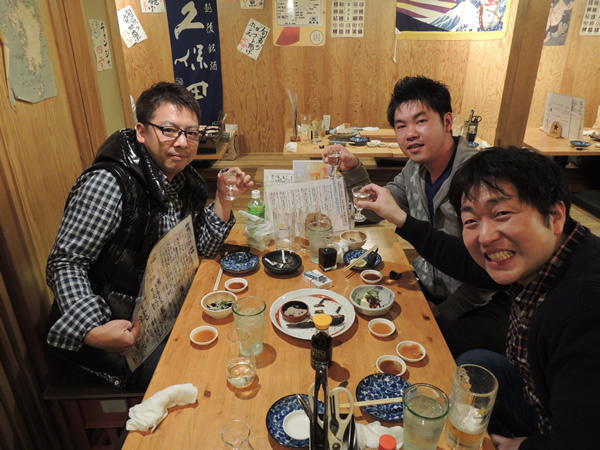 By spending time with Shichida-san and at his brewery, I learned in detail how his Sake is brewed. He was also a very pleasant host and I thank him for showing us around his Kura.

In the end, visiting the Tenzan brewery was both rewarding and interesting, where I got insight into their brewing techniques and the methods they use to brew this time-honoring and superbly-tasting Sake.