What Type of Alcohol Is Sake?

As you sit at home one quiet evening, there is a glass before you that contains a nearly colorless liquid, with maybe a tinge of amber. You suspect it might be a white wine and as you sniff it, some of the aromas, maybe peach and melon, remind you of wine too. When you sip some, it again reminds you of white wine with delicate citrus flavors. You wouldn’t think that it was a beer. In fact, the glass does not contain wine but rather Japanese sake. 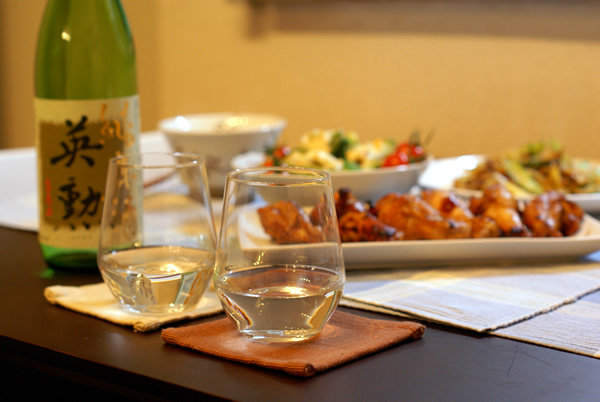 Is sake a wine, a beer or something else? That is a question which is not as easily answered as you might think, and different sources will provide you different answers.

The word “sake” is a generic Japanese term that refers to “any alcoholic beverage” though in the U.S., everyone uses “sake” to refer to only one specific beverage. The Japanese refer to that beverage as “nihon-shu” (literally “Japanese sake”), though it is rarely used outside of Japan. The Japanese legal term for this beverage is “seishu” (literally “clear sake”). “Shu” is another term which refers to “any alcoholic beverage,” though it is sometimes used to refer “wine” or “wine-like” beverage. This is probably why sake is also sometimes known as “rice wine.”

An important preliminary step to determining whether sake is a wine or beer is to first define your terms. That is where we run into a significant problem as there are no widely accepted definitions of either wine or beer. You can find plenty of differing definitions, some very general while others are much narrower, and each possesses subtle but significant differences. How you define those two terms, wine and beer, will determine your answer as to the nature of sake. The broader your definitions, the more likely you will consider sake to be a beer.

If we look at more detailed definitions, it seems clearer that sake is not a beer. Most beers contains hops and are carbonated. Sake never contains hops and is rarely, if ever, carbonated. Sparkling sake exists, but it usually is created through secondary fermentation and not carbonation. In that regard, sparkling sake is closer to sparkling wine. Unlike both wine and beer, sake undergoes a unique process called multiple parallel fermentation. In this process, koji-kin mold converts starch into sugar simultaneously as yeast converts sugar into alcohol. This separates sake from both beer and wine, which both perform linear and sequential processes.

So is sake a wine or a beer? Most sake experts believe that sake constitutes its own special category and is neither a wine nor beer. It may share elements with both wine and beer but it also has significant differences as well. It may be brewed more like a beer but drinks more like a wine. You lose nothing by considering sake to possess its own category.

Do not ignore the uniqueness of sake. Instead, revel in its individuality.