You’ve read about my visits to Eikun and Tsukinokatsura. My visits to different breweries that I represent or want to represent continue. Yesterday, I took 3 hour train ride to go to the Tamagawa brewery. While Tamagawa is in Kyoto prefecture (which by most is considered to be very rural), their kura is located at the coast. This means that the view is a little different from what most visitors think Kyoto is and looks like.

As you can see on the picture below, you don’t really see a whole lot of historical architecture or temples. The view from the train on my trip there however really shows you the Japanese countryside, which I consider to be very beautiful. 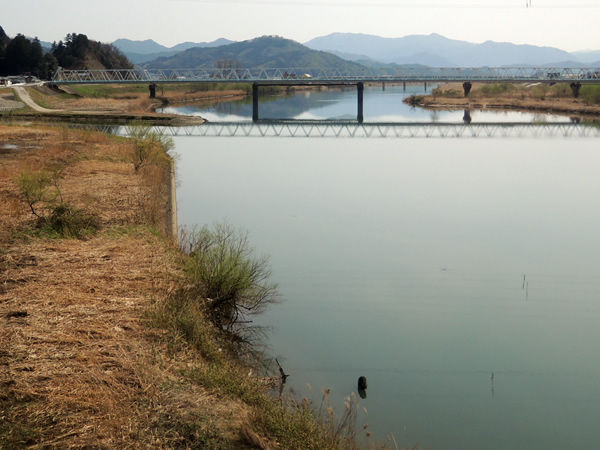 The view from the train during my trip there.

Most of Tamagawa sake is aged for at least a year at the Kura prior to its shipping. They do not simply brew it, bottle it and send it off. Rather they let it age to enhance the flavor and character – the Umami – prior to shipping. Needless to say, storing that number of Sake bottles and cases of bottles for that extended period of time is a costly endeavor, but at the Tamagawa brewery, they believe it is more than worth it for the reward of making truly qualitative Sake for the worldly Sake lover.

The president of the brewery, Kinoshita-san welcomed me warmly to the kura upon my arrival. 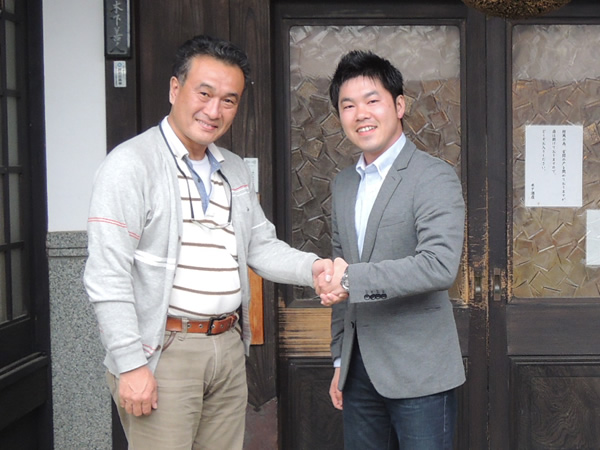 We spoke and he told me about the current challenges of brewing Sake. As I said earlier, most but not all of the Sake brewed at Tamagawa is aged for at least a year. Now, Tamagawa brewery has not always done this. It is only during the past 6 years that they have adopted this more qualitative approach. Before that, Tamagawa focused mainly on making standard (Futsu-Shu) Sake. This type of Sake is cheaper than premium Sake, but makes up roughly 70% of all Sake that is sold in Japan.

Clearly discernable on this chart is the fact that premium Sake only represents 30% of the production. The reason for why Tamagawa brewery elected to focus on the production of premium rather than standard Sake, and in doing so increase their costs, is simple. Instead of producing standard, they wanted higher quality. Quality instead of quantity is a theme that is rapidly becoming more and more common all throughout Japan.

It is a big risk to pursue the brewing of premium Sake due to the cost variables involved in such a change. One needs to have the proper skills, the right ingredients, a good recipe and in most cases, a good and qualitative refrigeration system. If such an investment did not work out, tons of Sake rice would go to waste – tons of ingredients and equipment worth hundreds of thousands of dollars.

So why did they elect to take such a risk, apart from wanting quality rather than quantity?

One of the reasons is Philip Harper, the first foreign Toji (Sake Brew Master) to join the Kura. 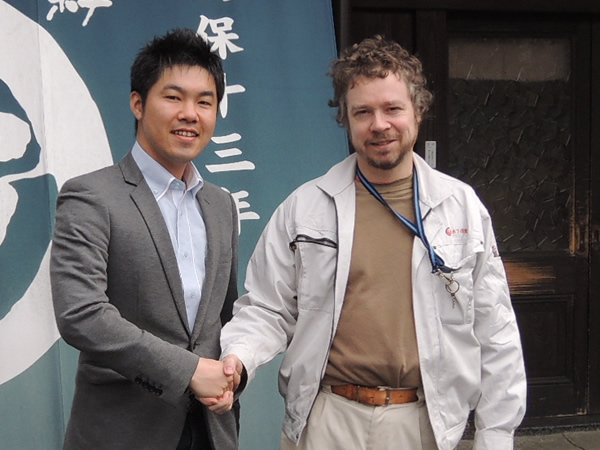 Together, Kinoshita-san and Harper-san decided to brew premium sake instead of Futsu-shu. Instead of standard Sake they started to brew “Spontaneous Fermentation sake”. The difference here is that usually, in the process of brewing sake, you add Yeast to your Kura by hand. In Spontaneous Fermentation however, you don’t add it on purposely. You instead wait for the Yeast that naturally occurs and grows inside the kura to go inside the tank and start the fermentation process for you – a more natural process.

Harper-san then showed me around the kura.

Their water source which is used for brewing the Sake is fresh spring water coming from near their kura. This means that while water is coming through the pipe, it can actually change in temperature depending on the climate conditions. 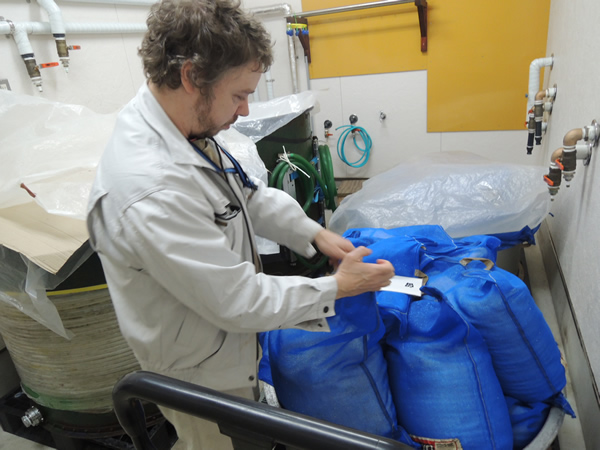 As a result of these potential temperature changes, one needs to pay very close attention to the water temperature, constantly – something that Harper-san confirmed when we spoke about the spring water. 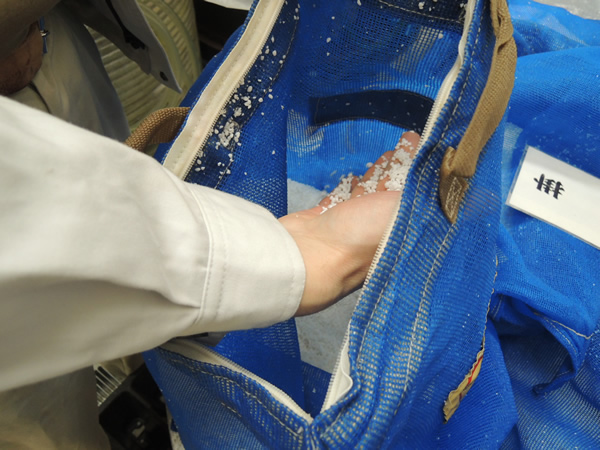 Some of the rice used to brew the precious Sake.

As I told you earlier, the brewery now operates with something called Spontaneous Fermentation, a slow and traditional process that takes time and utilizes the natural processes of the yeast molds. It usually takes twice the time that “normal” fermentation takes. 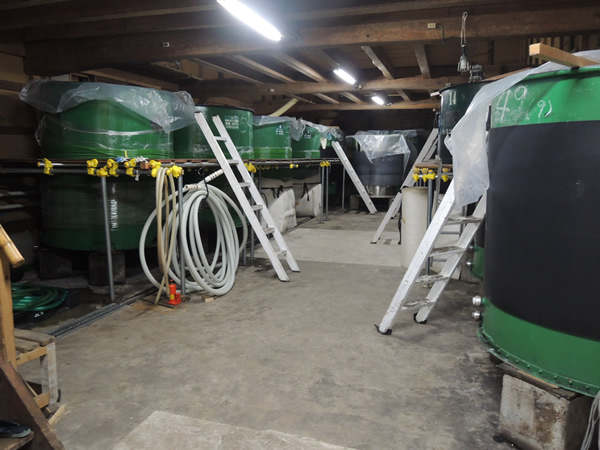 Here are some of the tanks used for the traditional process.

As is customary in any brewery visit, we tasted some of the Sake made in the Kura. Tamagawa has a wide variety of flavors and characters to their Sake, several of which I enjoyed immensely. 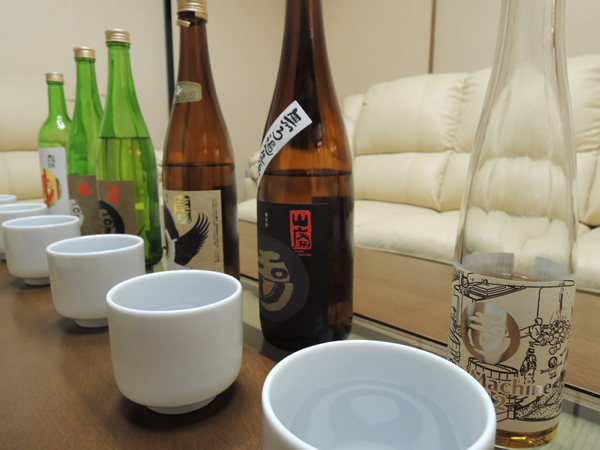 One of the brands I really enjoyed is called “Time machine” – I compared a one year vintage and 3 year vintage where both Sake were of a pure golden color and had nice vintage sake aroma and excellent character.

One of the things that surprised me was that the president, Kinoshita-san, said that this type of Sake goes really well with ice cream! It’s interesting to pour sake on ice cream – I will have to try that for certain.

Also, Kinoshita-san highly recommended a warm up sake (called Kan or Atsukan) to pair with food, it being delicious. You can feel more of the Umami and it matches very well with any type of food items.

In the end, visiting the Tamagawa brewery was a very rewarding and interesting experience for me. I got insight into the methods and techniques used by the brewers to achieve their very unique and time-honoring Sake. I also got to meet the President of the kura, a very rewarding meeting as well as meeting with the first-ever non-Japanese Toji in history! To learn of a foreigner’s thoughts about Sake – a foreigner with more than 20 years of experience in Japan and with Sake – was truly amazing.

I look forward to writing about my next kura visit for you!